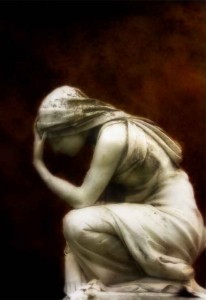 As humans, we are evolutionarily wired to avoid what is uncomfortable or unknown. Mindfulness is counterintuitive in that it trains us to turn toward discomfort, allowing it to be just as it is (more on that here).

As you may know, this is not a simple training, and it’s relatively common to slide off the path into various forms of avoidance along the way. This phenomenon is called “spiritual bypass,” and no particular technique or practice is immune. In Psychology Today, Ingrid Mathieu put it brilliantly: “spiritual bypass is an equal opportunity defense mechanism. It is more related to what we as human beings do with spiritual practice than it is related to the practice itself.”

That said, one of the most commonly-bypassed areas is somatic emotion—emotion in the body. Emotions can be exquisitely uncomfortable. The sensations that make them up have been biologically perfected over millions of years to control our behavior and ensure our survival. If our ancestors hadn’t developed a gripping fear of heights, they wouldn’t have avoided cliffs (and they wouldn’t be our ancestors!). If they hadn’t been wired to deeply feel loss and loneliness, they wouldn’t have bonded together to form families and tribes.

The trouble is, in the modern world, emotions influence all sorts of experiences which are not life threatening, as if they were. And depending on our conditioning (views and beliefs about the world based on past experience), emotions can make us feel that safe situations are unsafe, positive experiences are negative, etc. In short, conditioned emotional responses can keep us from having the very things that we want.

When mindfulness practice doesn’t include a feeling component, when it doesn’t acclimatize us to these subtle but compelling motivators, it leaves them untouched as consistent and often subconscious drivers of our actions, for better or worse. Ever watch yourself do something you know you don’t want to do? That’s what I’m talking about. Despite our best intentions, without directed practice the system runs on it’s own.

Thus, true freedom is necessarily built on coming to peace with our emotions and coming to terms with the fact that these feelings are an intrinsic aspect of being human.