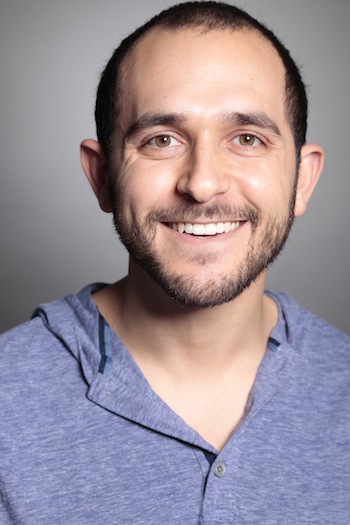 My goal is to empower people to use meditation to live more fulfilling lives. I offer a set of specific techniques designed to connect the internal work of meditation with the external world of relationships, personal and professional. Drawing from the widely recognized vipassana approach (commonly known as "mindfulness" or "insight" meditation), these tools can help you understand your psychology, improve your relationship with your emotions, and free you up to be more authentic. They can also provide deep insights about the human experience.

I love to work with people who are motivated to practice but need the right tools. Meditation requires some effort, especially at the beginning. That effort must come from you. What I provide is accountability, partnership in exploring how to apply meditation to your life, and a safe, understanding space in which to share the challenges that arise for you. 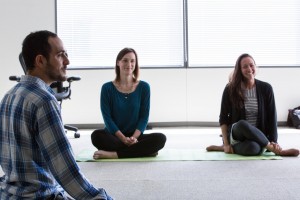 Where is this heading?

I would be lying if I said that meditation would end unpleasant emotions or physical pain. It won't. What I have seen is that meditation fundamentally eases our relationship with internal experiences—emotional and physical, pleasant and unpleasant. The more we are willing to allow and pay attention to what’s happening inside, the more we reclaim the ability to choose how we respond outside. As I've learned to be at peace with a wider variety of feelings, I've become clearer about my needs and more direct in expressing them to others. I have expanded my capacity to explore my career and personal interests. I've cultivated a growing sense of safety, humor, and kindness about humanity.

If my approach to practice resonates with you, I invite you to take an important step forward. Sign up for the free, 7-Day Meditation Challenge on the right side of this page. Each morning for the next week, you’ll receive a 10 minute (ish) guided meditation in your inbox, coupled with some basic background information and suggestions about how to apply that day’s practice to your life. You'll also receive a free mentoring session with me—an opportunity to ask any questions you have, and to customize your meditation practice to your specific challenges and goals.

I look forward to meeting you!

When I started meditating in 2008, my life was a contradiction. From the outside, I seemed to have it together. I had moved out to LA from Philly just a couple years earlier with an Ivy league degree and a promising start to a music career. I was on my feet financially and had a relatively stable social life. But inwardly I was struggling. I felt socially awkward and lonely in groups. I was too afraid of rejection to say what was true for me or ask for what I wanted in relationships. I spent a lot of time lost in my head, criticizing myself, resenting others, and ruminating over simple decisions.

Meanwhile in my work life, I was stifled by doubt and ambivalence. I couldn’t maintain a consistent schedule with my songwriting. I couldn’t set boundaries with bosses. Unclear about my path, I would say yes to any work that came along regardless of whether or not it matched my goals.

Enter: mindfulness. My first mindfulness meditation book contained a message I had never heard before but so dearly needed. “You’re already enough.” It was a radical proposition. How would I relate to others if I was more interested in being myself than avoiding rejection? What would my career look like if I was driven by excitement and passion, rather than running from inadequacy? What would growing look like if self-compassion, rather than self-loathing, was the fuel?

Umm, not so fast. Turns out, it's hard to start a meditation practice! When I began, my mind was a three-ring circus. Most days, I’d be lucky to have just a few "present" moments in 10 or 15 minutes of meditation. Some days I’d doze off. Some days I’d feel worse at the end than when I started. There were glimmers of peace, but meditation was largely something I did because I was "supposed to." It was the eat-your-vegetables model of practice.

In 2011, I found some much needed inspiration from two teachers (Shinzen Young and George Haas) and a community of meditators – Against The Stream. I began attending silent retreats regularly, and sitting an hour or two a day. Practice was rich and deep. My familiar life started to seem like a wondrous adventure.

And yet, the interpersonal piece was still touch-and-go. In private I could "bliss out," but in public, the same old social hangups were left painfully untouched. I found it hard to set boundaries. I had difficulty making commitments. Intimacy was uncomfortable. I still couldn't muster the confidence or motivation to pursue more meaningful work.

I wanted a meditation practice that was deep, but also practical. Relational. I wanted a way of practicing that would help me engage with the world. So, at the beginning of 2013, my focus shifted largely to emotion in the body, and the connections between mindfulness and relational behavior.

I have come to see mindfulness (the skill set we cultivate through meditation) as a way of being and meeting the world. At best, it provides not only deep wisdom, but also increased emotional intelligence, authenticity, empathy, and kindness. This requires practices of different kinds brought together to suit one's individual challenges and goals.

You are your own best guide in this process, but you don't have to go it alone. I would be glad to have a conversation with you about what you're hoping to get from meditation, and what techniques would best support you. I offer these conversations all the time, they're free, and you'd be surprised how few people take me up on it! If you're interested in connecting, feel free to reach out here or sign up for the 7-Day Meditation Challenge at this link.